Love is Love Not Fade Away 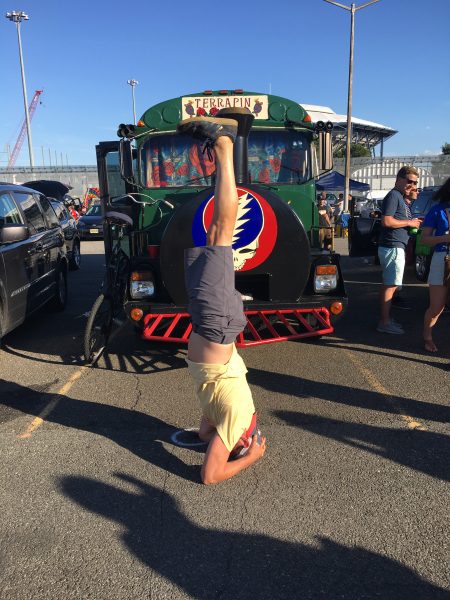 As a young child, like many children, I longed to feel a part of; I wanted to be on a team, I wanted to be a member of a group that created change, I wanted to be piece of the larger whole.  Maybe this desire was derived from a fear of being alone, or possibly that I was a quasi-only child, having two much older sisters.  Maybe this need was rooted in my penchant for humanity.  Regardless of the source, I feel grateful to have always been involved, socially and professionally, in groups that take care of each other.  There’s an old adage that professes the opposite of addiction  is connection. When we’re connected, we have hope.

I recently attended a Dead and Company show.  No better place to experience connection than with 80,00 people at a Dead show!  At one point, a young girl who clearly had too much, too fast, was thrashing about, pin balling from person to person.  This went on for most the second set.  Yet, no one was mad, no one was mean.  Instead, a deep sense of empathy prevailed as we all wanted to take care of one of our own in a moment when she couldn’t take care of herself.  The Dead community understands either intuitively or through experience that we all need to love and take care of each other.

The Yoga community should also represent the same values.  As an owner of a studio, my goal has always been to create a space that fosters freedom, caring, and self-acceptance.  This is what I learned from the Dead, from AA, from my family, from my positive religious upbringing, from my friendships.  Yet, with the Yoga business becoming increasingly competitive, I would hate to see the values and ethos of Yoga forgotten in the name of commerce.  There is enough to go around, long as the Yoga establishments are built from pure intentions and actions.  The commoditization of Yoga is two fold; one, it spreads the value of Yoga to a greater number of people, which ultimately benefits everyone. Two, the commercialization of the practice can spawn a series of baseless permutations of the practice which waters down the intention of tradition.  I pray that those who practice are learning the roots of the practice and in some way weaving those principles into their lives.  My prayer is that we don’t get lost in the personalities that discourage people from starting this life changing practice.  My prayer is that all who practice represent Yoga is if were a child that they love, respect, and nourish for the greater good.  Is this too much to ask?